The Chevrolet Impala made its big debut for the 1958 model year.  A full-sized automobile, it’s name was derived from the south African antelope. Through 1965, it was the most expensive passenger model that Chevrolet put out, and even though it was expensive, it became the best-selling automobile in the US, a time when full sized models were the rage.  A distinctive feature for many years was that it had symmetrical triple taillights.
The Impala was slightly restyled for the year 1964, becoming more rounded and given a softer look.  The well known tail light assembly featured an upside down “U” shaped aluminum trim strip above the tail lights, however the actual lights were surrounded by a body-colored panel. The big-block option returned with the 409-cubic-inch (6.7 L), as well as the 2X4 carburetor setup for the 425 horsepower motors. SS or Supersport models continued to feature the engine-turned aluminum trim. Rooflines were carried over from '63 unchanged. Back-up lights were standard. 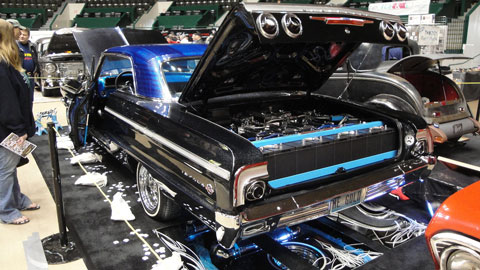 The Super Sport (SS) kit was priced at $53.80 and included spinner wheelcovers, SS badges, a glove box grab bar and a bright floor plate for four-speed models. Numerous functions and options were included in with the SS package: among other things, a padded dash and 7,000-rpm tach went inside and a beefed-up suspension went underneath. Only the 348 V-8 or its beefed-up 409-cid big-brother were available beneath the '61 Super Sport Impala's hood. Impala SS sales soared to nearly 100,000 in 1962, the year the Super Sport package was capable of being combined with any Chevy engine, whether it was six-cylinder, small-block V-8 or real fine 409. Similar availability continued up through the year 1964 model.  Asking prices today for the 1964 Impala Super Sport can run anywhere up to around $45,000. 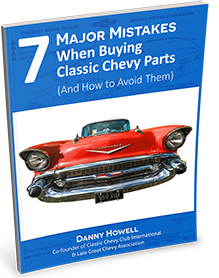