“Quick, over here, I want my picture inside this sweet Corvette!” “Let’s go see the Lamborghini!” “Look at that awesome Camaro!” “Hey, I haven’t gotten my picture yet!” “Is that a classic Impala?” “Come on, there’s more cars over there!”  The boys were calling to me from all directions! And what got them so excited? Father’s Day, of course! Well, not just any Father’s Day. This year for Father’s Day I attended a car show with a large group including 3 car-enthusiast young boys aged 7, 10, and 13.

The show was called Car Masters Weekend and was held at Downtown Disney. Now I’ve been to Downtown Disney before, and there have always been fireworks, unique little shops and tasty ice cream, but this weekend Downtown Disney was transformed into a car-lovers paradise! It was packed with people and impressive vehicles everywhere.  When I heard that the show was based on the cartoon movie Cars, I had no idea that they would have real cars; I thought it would simply be some characters from the movie. I was happily wrong! 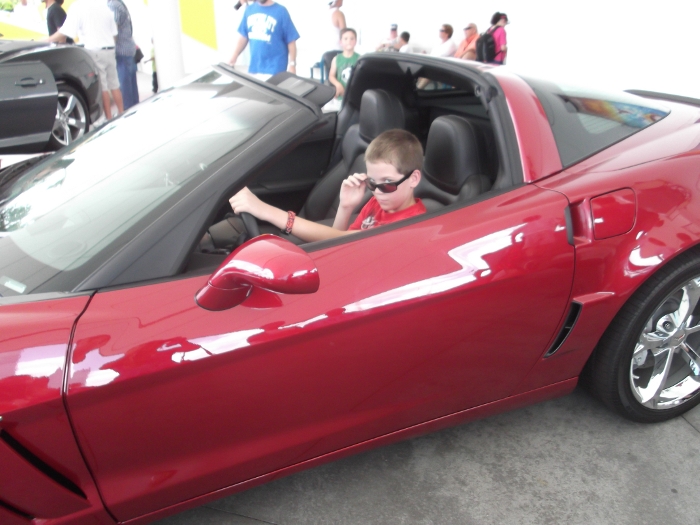 Once we arrived at the show, the little boys were dashing from car to car and asking me to take their picture and, of course, I made sure to get my picture with all the classic Chevys. Chevy definitely dominated the entire car show with their latest releases and their greatest classics! I saw a classic Bel Air and even sat in a brand new 2013 Corvette!

While taking a photo in front of a beautiful 1967 Chevelle SS 396, we happened to meet its owner, Mike Steiner. The car was kept in pristine condition and was a stunning marina blue. What made this classic extra special was that it was Mike’s first car. He bought it at age 18 and has kept it in great condition all these years. 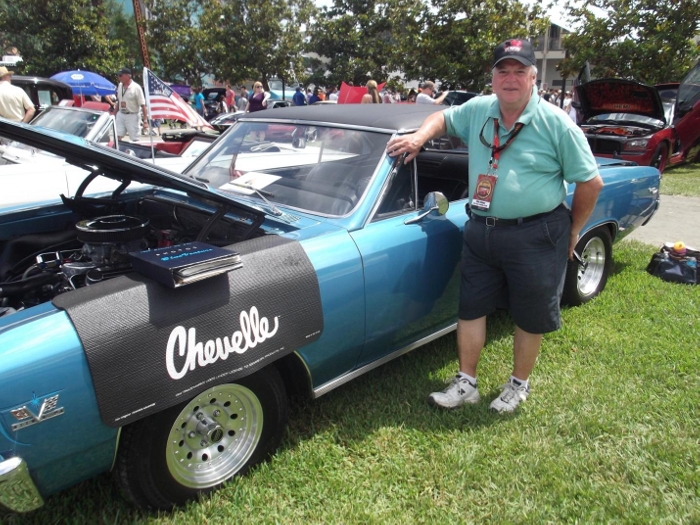 Overall, the show was great and the boys certainly loved it. They were so jazzed that on the way home I could hear them describing every "cool" car we passed on the road. This is a typical practice and makes every driving trip an educational experience. I have learned to identify plenty of cars from their eager observations! This has prompted me to buy one of the boys a subscription to Car and Driver Magazine for his 13th birthday. Maybe some day he might be proudly displaying his own restored Chevy at the Downtown Disney Car Masters Weekend.