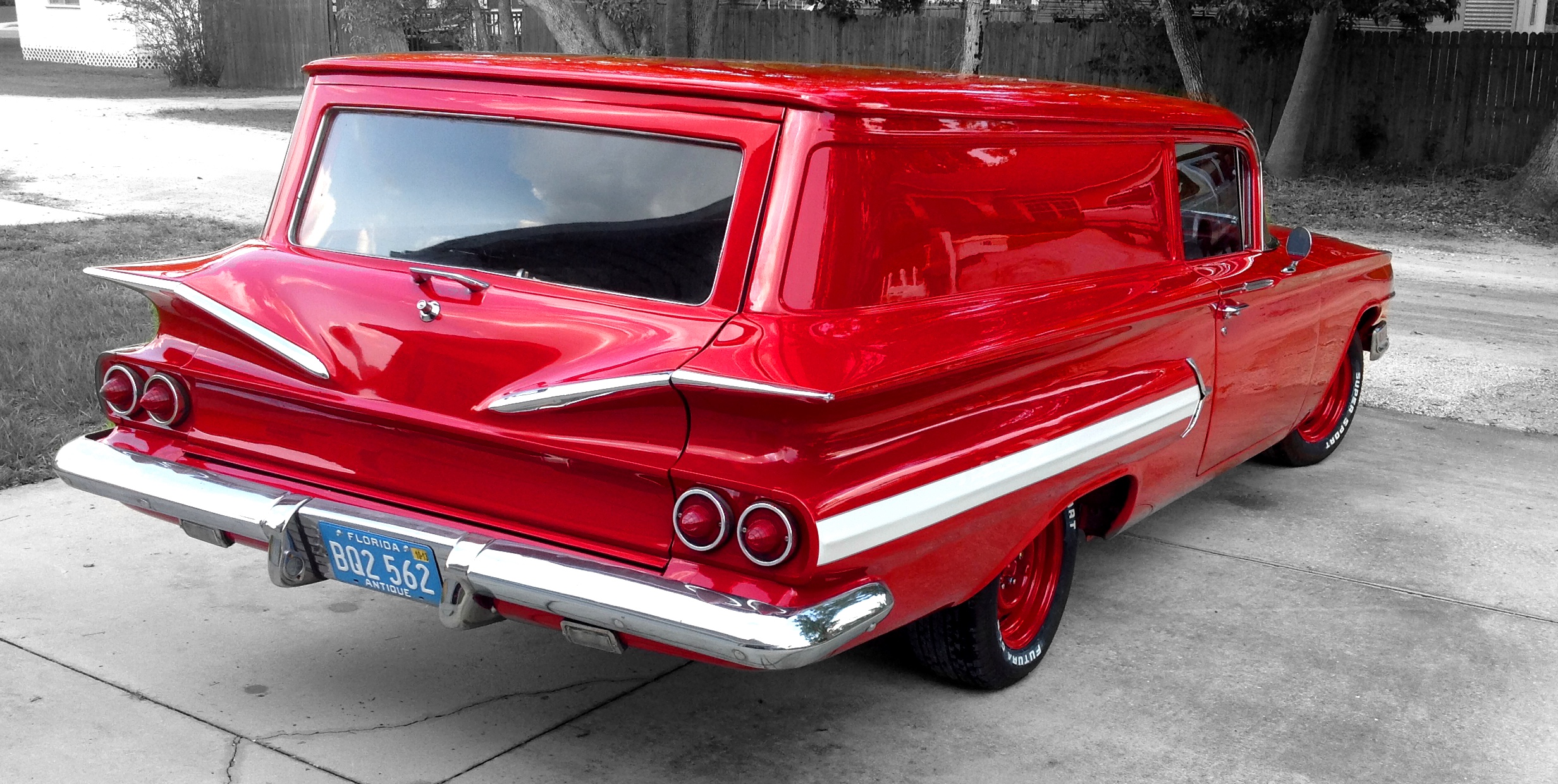 A Little History:
1960 marked the final production year for General Motor's Sedan Delivery. Starting in 1949, they slowly grew in popularity for being a dependable work vehicle until the late 1950's when other more efficient vehicles took their place. 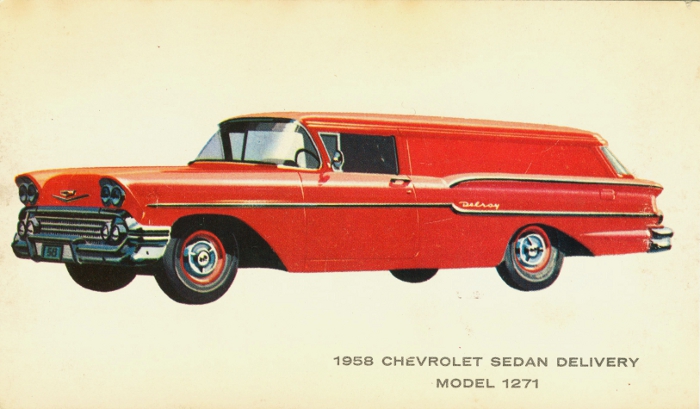 The Sedan Deliverys offered plenty of storage space since they removed all but the drivers bucket seat.  Additionally, businesses would use them as their own mobile billboards since the rear side glass was replaced with metal panels in order to paint the company's logo.  As a work vehicle, they received more abuse than the typical passenger car, making it extremely difficult to find good quality used parts today.  But thanks to Southeast Chevy Parts and the Chevy Shop, Gerry's Journey was made much easier.
Gerry's Journey:
Gerry was not the original owner of the car, but purchased it in September of 2012 from a gentleman up in Uxbridge, Massachusetts.  The car was already in good shape so he didn't have to do a complete frame-off restoration.  Instead, he decided to do a little cosmetic work as well as under-the-hood and interior upgrades. 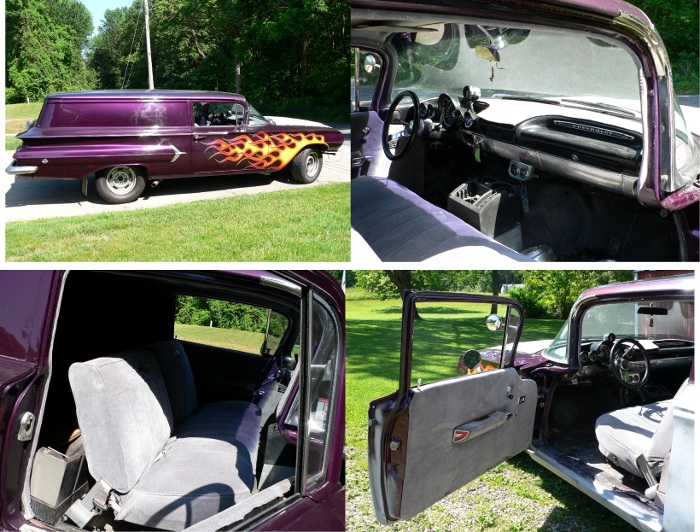 When Gerry received the car, it was purple with orange and yellow flames along the fenders.  The first thing to go was the color and he settled on Roman Red which was an original 1960 color.  Under-the-hood, the car was endowed with a humming 305 c.i. 1978 motor and 350 tranny.  But what really takes your breath away is the new interior: original houndstooth red/white seat covers, new door panels, padded dash, new AM/FM cassette player, and power "everything" ... windows, steering, brakes, etc.. 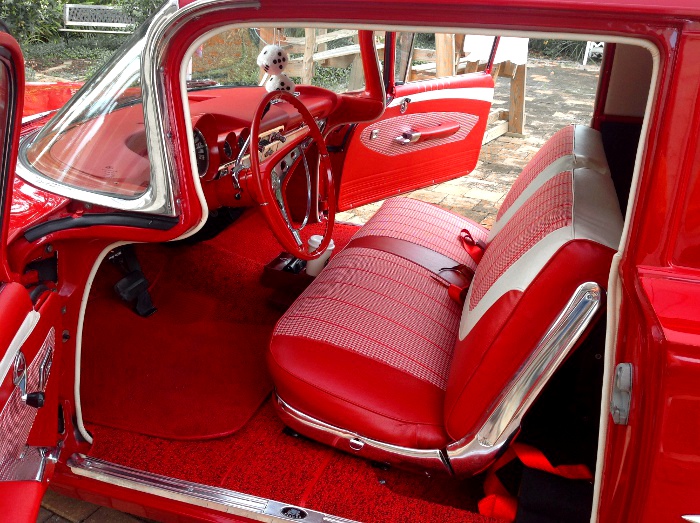 As most restorations go, it had its hick-ups, but the car is now on the road.
So, if you happen to be driving in Orlando, Florida and see this Red Roman driving down the road. Roll down your window and say hello.  I'm sure Gerry would love it.
Share |

Wow, Gerry, your car is beautiful!

My father has a 1960 sedan delivery. It needs a lot more work than the featured vehicle did. I want to purchase a complete interior kit for it to surprise him, and haven't been able to locate a company that can supply it for me. I would appreciate any help you could offer me. Thank you Steve Clark
« Blog Home