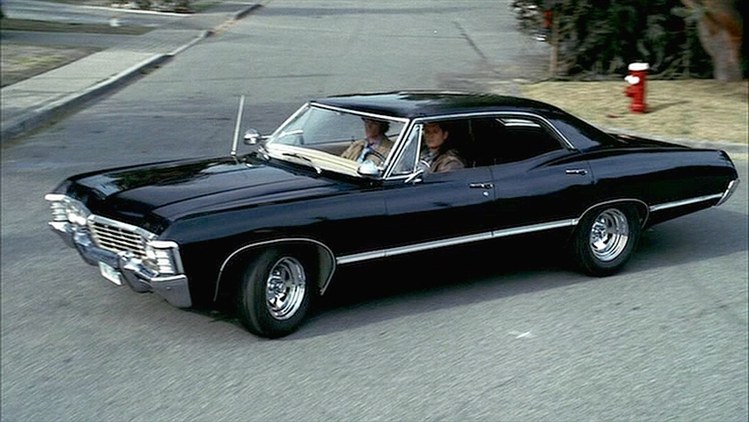 For fans of the hit TV show "Supernatural," the one true constant, other than the main characters, Sam and Dean Winchester, is Dean's car, a beautiful black 1967 4-door Chevy Impala that was passed down to the boys from their father, John Winchester. Dean often refers to the car as "his baby," and woe be to anyone, including his brother, who dares mess with his baby. The Winchester brother practically lived in the car, aside from brief stops in cheap hotel rooms when they were out working one job or another. They hunted demons, monsters, angels and more from the comfort of the Impala's original bench seats, all while a steady stream of classic rock cranked from the speakers. It was American muscle at it's automotive finest, with two unlikely heroes along for the ride. 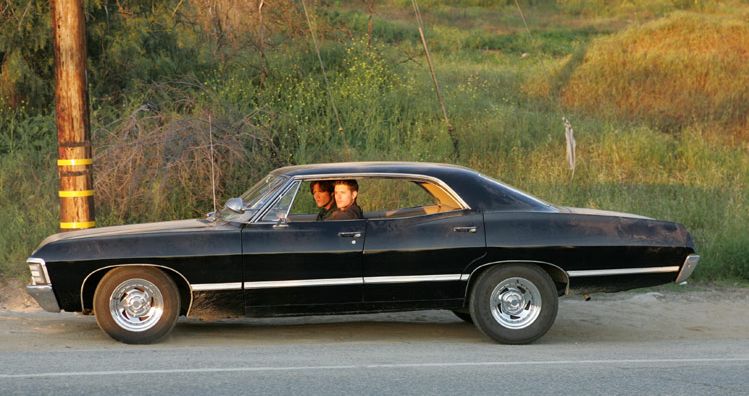 In the climactic season five finale, "Swan Song," the story about the origin of that '67 Impala was told by Chuck Shurley, a novelist whose character also happened to be a Prophet of the Lord. The Impala rolled off the line in Detroit on April 24th, 1967. It received very little fanfare, despite its destiny to become, in the words of the Prophet Chuck, "the most important object in pretty much the whole universe." The original owner, Sam Moriarty, sold the Impala to Rainbow Motors in Lawrence, Kansas,, where John Winchester, with a little advice from his time-travelling son, bought it after he returned home from a tour in the US Marine Corps. The Impala was equipped with a V8 327 engine and 4-barrel carb, though it was later revealed that the Impala they used during the show actually sported a 427. As they say, there's no replacement for displacement. It also had a trunk full of serious weaponry, ranging from supernaturally-blessed knives to sawed-off shotguns and a grenade launcher. After all, when you're hunting monsters, it always pays to come prepared.
The reason that the car was chosen for the show, according to show creator, Eric Kripke, was "because you can put a body in the trunk. You want a car that, when people stop next to it at the lights, they lock their doors." However, in the end, it was the little things that made the Impala so important. The green plastic army men that Sam crammed in the back seat ashtrays as a kid, or the Legos that Dean crammed into the vents that rattled when the heater was turned on. When the Impala was totalled by a truck at the end of season one, rather than get a new car, they decide to fix her up again from the ground up. The reason, according to Sam, was "if there's only one working part, that's enough. We're not just going to give up on it." For anyone who has ever driven a classic Chevy like the Impala, those words of wisdom were easy to understand.
Share |

I looked at this car and cried. I've never agreed to watch a show just because of the car in it, until I saw Supernatural.

I would love to have that car and i love the show supernatural so two of my favorite things are in it.
« Blog Home